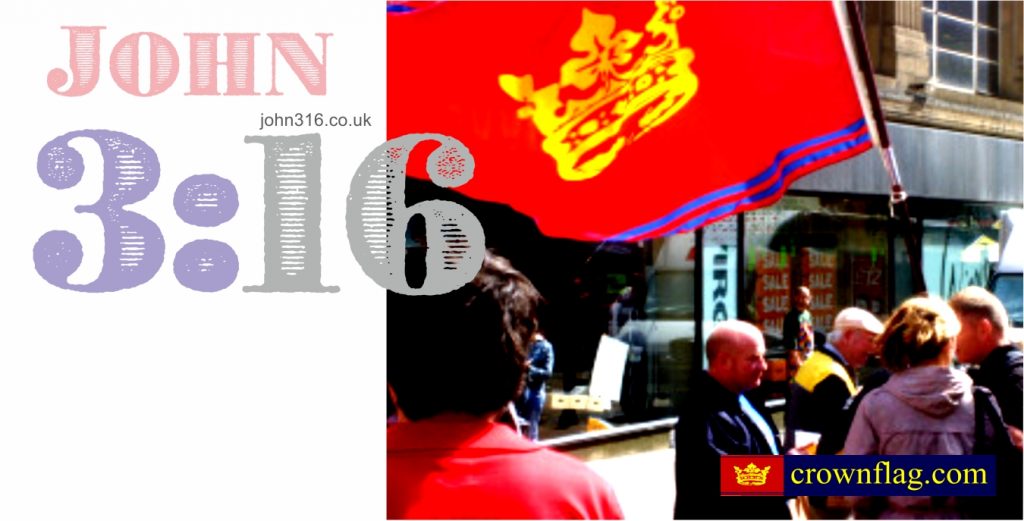 For God so loved the world, that he gave his only begotten Son,
that whoever believes in him should not perish, but have everlasting life. 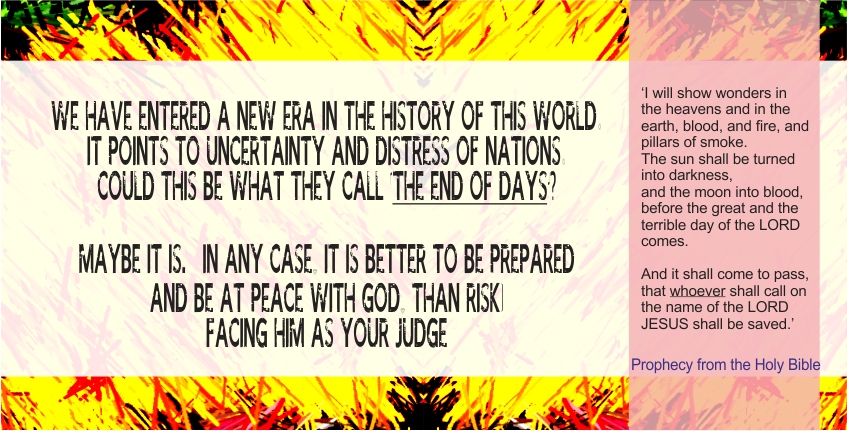 1 And the third day there was a marriage in Cana of Galilee; and the mother of Jesus was there:
2 And both Jesus was called, and his disciples, to the marriage.
3 And when they needed more wine, the mother of Jesus said to him, They have no wine.
4 Jesus said to her, Woman, what have I to do with you? my hour is not yet come.
5 His mother said to the servants, Whatever he says to you, do it.
6 And there were stood there six waterpots made from stone, after the practice of the purifying of the Jews, containing two or three measures each.
7 Jesus said to them, Fill the waterpots with water. And they filled them up to the brim.
8 And he said to them, Draw out now, and carry to the governor of the feast. And they carried it.
9 When the ruler of the feast had tasted the water that was made into wine, and knew not from where it was: (but the servants which drew the water knew;) the governor of the feast called the bridegroom,
10 And said to him, Everyone at the beginning gives out good wine; and when men have well drunk, then that which is worse: but you have kept the good wine until last.
11 This beginning of miracles did Jesus in Cana of Galilee, and revealed his glory; and his disciples believed on him.
12 After this he went down to Capernaum, he, and his mother, and his brethren, and his disciples: and they continued there some days.
13 And the Jews’ Passover was at hand, and Jesus went up to Jerusalem,
14 And found in the temple those that sold oxen and sheep and doves, and the exchangers of money sitting:
15 And when he had made a scourge of small cords, he drove them all out of the temple, and the sheep, and the oxen; and tipped out the money-changer’s cash, and overthrew the tables;
16 And said to them that sold doves, Take these things away; do make not my Father’s house an house of business.
17 And his disciples remembered that it was written, The zeal of Your house has consumed me.
18 Then answered the Jews and said to him, What sign do you show to us, seeing that you do these things?
19 Jesus answered and said to them, Destroy this temple, and in three days I will raise it up.
20 Then said the Jews, Forty-six years was this temple in building, and will you rebuild it in three days?
21 But he spoke of the temple of his body.
22 When therefore he was risen from the dead, his disciples remembered that he had said this to them; and they believed the scripture, and the word which Jesus had said.
23 Now when he was in Jerusalem at the Passover, in the feast day, many believed in his name, when they saw the miracles which he did.
24 But Jesus did not commit himself unto them, because he knew all men,
25 And needed not that any should testify of man: for he knew what was in man.

1 There was a man of the Pharisees, named Nicodemus, a ruler of the Jews:
2 The same came to Jesus by night, and said to him, Rabbi, we know that you are a teacher come from God: for no man can do these miracles that you do, unless God is with him.
3 Jesus answered and said to him, Truly, truly, I say to you, Unless a person is born again, he cannot see the kingdom of God.
4 Nicodemus said to him, How can a man be born when he is old? can he enter the second time into his mother’s womb, and be born?
5 Jesus answered, Truly, truly, I say to you, Unless a man be born of water and of the Spirit, he cannot enter into the kingdom of God.
6 That which is born of the flesh is flesh; and that which is born of the Spirit is spirit.
7 Marvel not that I said to you, You must be born again.
8 The wind blows wherever it chooses, and you hear the sound of it, but cannot tell from where it comes, and where it goes next: so is every one that is born of the Spirit.
9 Nicodemus answered and said to him, How can these things be?
10 Jesus answered and said to him, Are you a master of Israel, and know not these things?
11 Truly, truly, I say to you, We speak what we do know, and testify what we have seen; and you receive not our witness.
12 If I have told you earthly things, and you believe not, how shall you believe, if I tell you of heavenly things?
13 And no man hath ascended up to heaven, but he that came down from heaven, even the Son of man which is in heaven.
14 And as Moses lifted up the serpent in the wilderness, even so must the Son of man be lifted up:
15 That whoever believes in him should not perish, but have eternal life.
16 For God so loved the world, that he gave his only begotten Son, that whoever believes in him should not perish, but have everlasting life.
17 For God did not send his Son into the world to condemn the world; but that the world through him might be saved.
18 He that believes on him is not condemned: but he that does not believe is condemned already, because he has not believed in the name of the only begotten Son of God.
19 And this is the condemnation, that light is come into the world, and men loved darkness rather than light, because their deeds were evil.
20 For every one that does evil hates the light, neither comes to the light, in case his deeds should be reproved.
21 But he that does truth comes to the light, that his deeds may appear, that they are created in God.
22 After these things came Jesus and his disciples into the land of Judæa; and there he stayed with them, and baptized.
23 And John also was baptizing in Ænon near to Salim, because there was much water there: and they came, and were baptized.
24 For John was not yet cast into prison.
25 Then there arose a question between some of John’s disciples and the Jews about purifying.
26 And they came to John, and said to him, Rabbi, he that was with you the other side of Jordan, to who you bare witness, behold, the same baptizes, and all people come to him.
27 John answered and said, A man can receive nothing, unless it be given him from heaven.
28 You yourselves bear me witness, that I said, I am not the Christ (the Anointed One), but that I am sent before him.
29 He that has the bride is the bridegroom: but the friend of the bridegroom, which stands and hears him, rejoices greatly because of the bridegroom’s voice: this my joy therefore is fulfilled.
30 He must increase, but I must decrease.
31 He that comes from above is above all: he that is of the earth is earthly, and speaks of the earth: he that comes from heaven is above all.
32 And what he has seen and heard, that he speaks of; and no man receives his testimony.
33 He that has received his testimony has set to his seal that God is true.
34 For he whom God hath sent speaks the words of God: for God gives not the Spirit by limit to him.
35 The Father loves the Son, and has given all things into his hand.
36 He that believes on the Son has everlasting life: and he that believes not the Son shall not see life; but the wrath of God abides on him.busines

For a free Bible, please email us at info@crownflag.com, or fill in the form on the front page. 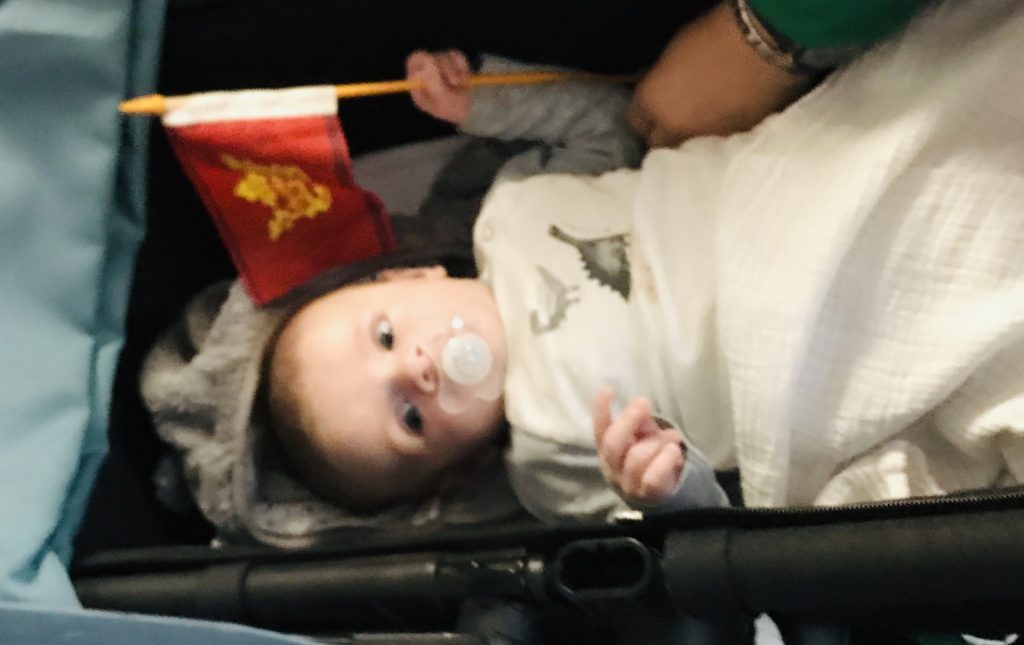 ‘Unless you become as a little child, you will never get into the kingdom of God.’ 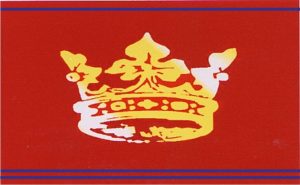